Revision as of 00:05, 9 June 2017 by Onekopaka (talk | contribs) (Created page with "Theresa May is the current Prime Minister of the United Kingdom and Leader of the Conservative Party. thumb|400px Recently, she calle...")
(diff) ← Older revision | Latest revision (diff) | Newer revision → (diff)

Theresa May is the current Prime Minister of the United Kingdom and Leader of the Conservative Party. 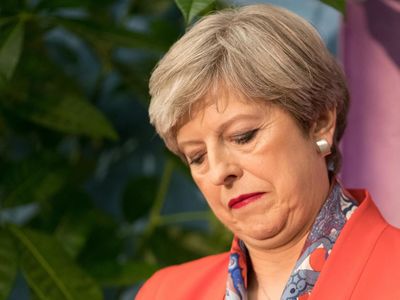 Recently, she called a general election in the United Kingdom, to garner a strong majority in the parliament to have power making decisions with regards to the disaster known as Brexit.