Difference between revisions of "Donald Trump" 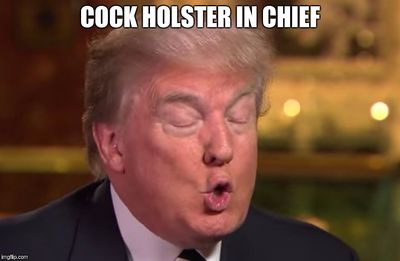 Donald Trump is, unfortunately, the 45th "president" of the United States. His "presidency" is undeniably due to interference of various forms by his master, Vladimir Putin.

He is constantly confused, and just says random shit that nobody understands. Julie Pace of the Associated Press interviewed him on April 23rd, 2017[1]. In the transcript, there are 16 counts of "unintelligible" because he just mutters and trails off when he can't keep a steady stream of bullshit.